The era of Digital Twins and the Mirror World

It’s 2020 and the digitising of our world has become a necessity. Not just for us-but also for artificial intelligence.

As the World came to a halt in the first quarter of 2020 due to the global COVID-19 pandemic, something happened that was never experienced at such scale. We’ve become dependent on the ability to work remotely, to create digital-only, to experience the world around us through our screen and try to make the most of it. But this time of limitations, also presents itself with immense opportunities for industries that may have been still awaiting their time to go fully digital. This time shows also the increasing need and by that token, the incredible opportunity of making the world around us truly digital. This is why we believe we’re at the beginning of the true era of digital twins and consequently, the Mirror World.

This may not be the first time you hear of the digital twin concept — and if it is, here’s a little introduction. The digital twin concept gained significant momentum because of the digitisation of manufacturing processes, where digital twins represent “a near-real-time digital image of a physical object or process that helps optimize business performance.” (Source: Deloitte). While the existing definitions of digital twins do take into account the “digital image” of a physical object, the majority of digital twins, still today, are digital representations of the physical objects behavior — a real time stream of data that represents what is going on with the object in question. These objects often are heavy machinery, “smart” sensors or until recently non digital objects (such as benches, trash bins) and other connected devices and objects falling under the Internet of Things umbrella. Hence — the digital twin concept, while increasingly known, remains tied in majority to the realm of manufacturing and IoT. In essence, it is a term that represents the first step in the digitisation of what is around us and in the collection of data linked to what “it” does.

In comes the article from Wired magazine on the next tech platform — the Mirror World. An article I’d absolutely recommend you to read — that now celebrates one year anniversary and is, by far, one of the few pieces that captures the potential of the “Mirror World”. Someday soon, every place and thing in the real world — every street, lamppost, building, and room — will have its full-size digital twin in the mirrorworld…. The mirrorworld — a term first popularized by Yale computer scientist David Gelernter — will reflect not just what something looks like but its context, meaning, and function. We will interact with it, manipulate it, and experience it like we do the real world….Eventually we’ll be able to search physical space as we might search a text — “find me all the places where a park bench faces sunrise along a river.” We will hyperlink objects into a network of the physical, just as the web hyperlinked words, producing marvelous benefits and new products. Kevin Kelly

Our view of the Mirror World

At Nomoko, we see the Mirror World as the enabling infrastructure for the 4th Industrial Revolution — the time where the physical and digital world can connect and interact seamlessly. It is also what we made our mission to build — an ecosphere that allows its users to work with available Mirror World Data (ultra precise digital twins at city scale as semantic 3D models — see more below, together with other, 3rd party spatial data), an SDK to build with this data and the overall Mirror World/Spatial application ecosphere — something like an application store, if you will. Building this Mirror World is a true feat and a true challenge. The immensity of it cannot be underestimated — but neither can be its potential. With years devoted to this quest and coming from the premise of making our physical world digital in the most accurate and scalable of ways, we can’t wait to co-build this Mirror World with creatives and innovative businesses. 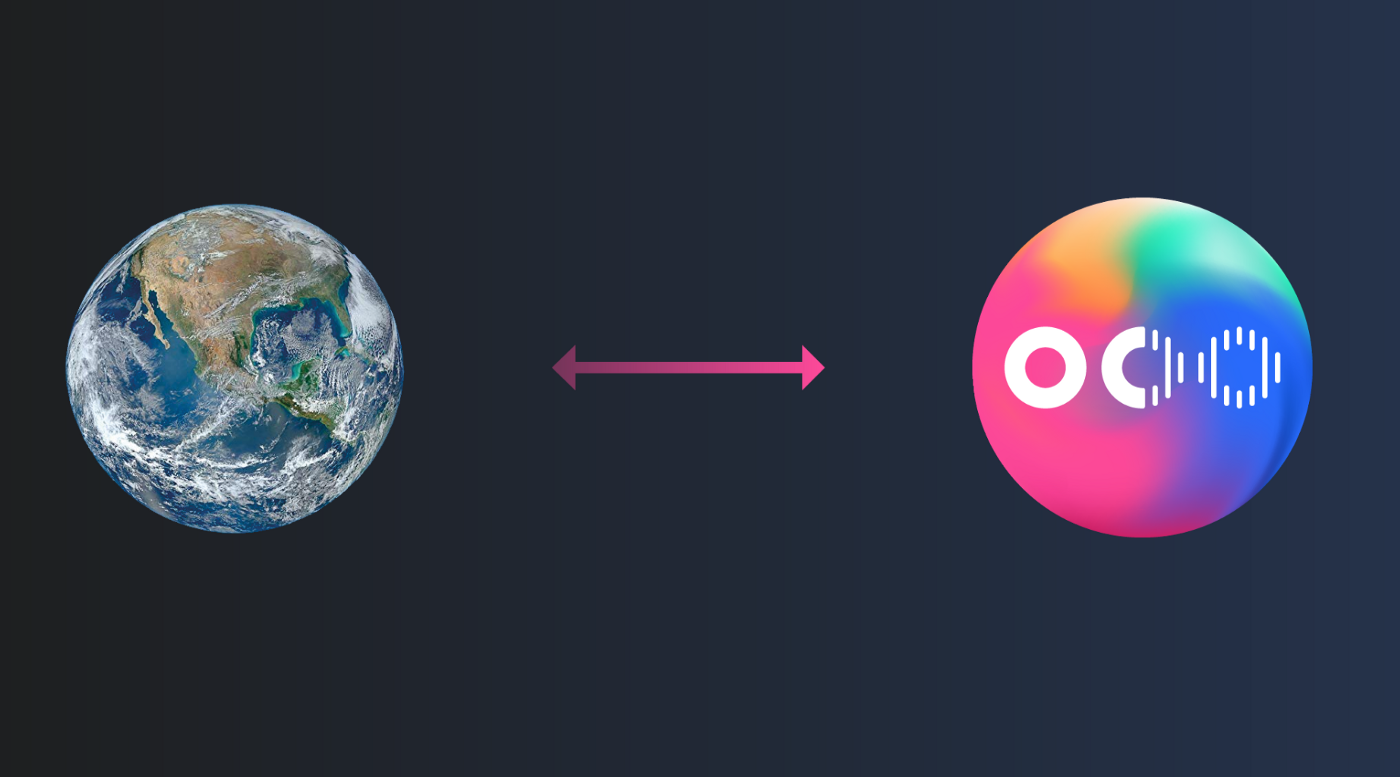 More than an interface to view the world

It goes way beyond a visual interface for us humans. Having an entirely digitized city both in terms of an extremely accurate, smart (semantically segmented) 3D model and the behaviours that occur within the city itself (all sorts of spatial data combined) would not only represent the most comprehensive, digital representation of our world (enter, Mirror World) but also the first digital representation of our world that can be visible to artificial intelligence. Digital twins at city or country scale are also getting increasing traction, with countries like Luxembourg and LIST (Luxembourg Institute of Science and Technology) talking about the increasing need for this technology amid the worldwide pandemic. Understanding that a house is a house, that a park bench is a park bench. This may come easy to us humans, but is no easy task for non-humans (ie. robots). This volumetric representation of our world packed with meaning from other geo-referenced spatial data will bring on the most comprehensive image of our world, usable for new kinds of applications, new types of insight gathering. You name it.

While this may sound as some type of science fiction, the benefits are immense.

The impact of a world visible to artificial intelligence

Making the world around us visible to artificial intelligence will be crucial to usher in the Fourth Industrial Revolution or otherwise called, Industry 4.0. This upcoming revolution is about the seamless connection and interaction between the physical and the digital world(s) (You can find out more about it in our 4IR podcast episode here and more comprehensively, here). 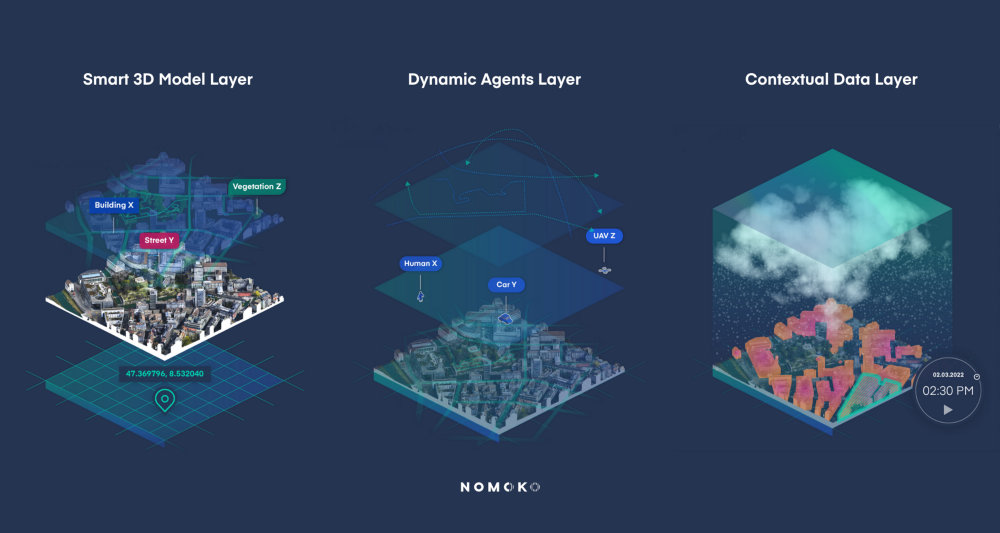 All the layers of Mirror World data — the different digital twin data needed to build a comprehensive image of our world.

Now what does this mean, exactly? For our physical world to be visible to artificial intelligence, we must make it understandable to computers, if you will. There are many fields that are day in day out trying to solve this complex challenge, those fields being computer vision and machine learning, to name a few. Nowadays, it is common practice to feed algorithms with insane amounts of photographs and have them learn what they represent. We’re doing all we can to teach human-made meaning to artificial systems/computers to enable the resulting technology to interact with the human-built world in a way that acts in harmony with it. We can see these efforts happening in research labs of the world’s top universities and companies — from last mile delivery pods or drones to AR apps that allow the postman find the actual building entrance in dense urban areas. The complexities of this topic deserve their own space, and will be elaborated on separately. Hopefully, you get the point that this is no simple task and that no single entity can possibly solve it on its own .

Let’s state the hypothesis, that the world around us is visible to artificial intelligence already. Let’s hypothesise digital twins exist both as exact digital replicas of the physical attributes of an object or building and its behaviors, providing a 360 degree understanding of the physical world. Imagine that those digital twins at city scale are geo-referenced — truly replicating what is in our physical world, but this time in the digital space. That its shapes are seen, its materials (the building is made of concrete, not of hay) are understood. That its history is known (data regarding the year of building, ownership). This resulting network of digital twins will create an unprecedented pool of information rooted in reality. All of this data — that we refer to as Mirror World Data (recap: ultra precise 3D digital twins + geo-referenced spatial data linked to them) will be then at the disposition not only to us — human users — for whichever Spatial Application we wish to build (with the Mirror World SDK), but also to computers/artificial intelligence to gain understanding of our world and to operate within it in a way that acts in harmony with us. Is this a shot to the moon? Maybe, but maybe also not. We’re already seeing today, which applications aim to make artificial systems interact with the world around us, and you’ve certainly heard of them, too.

What would be such applications?

What’s the biggest asset within a city? Real Estate.

Leveraging the power of digital twins within the real estate and PropTech space offers an entirely new dimension to this industry. It offers immersive look at a location where property will be built. We can virtually visit a street of buildings with rich layers of data overlaying them such as the building ownership, year of construction, materials etc. It also enables us to search, analyse and interpret location intelligence in the context of spatial. For instance, a residential developer can simulate and measure the noise spread in a neighbourhood to determine the attractiveness of a project. Commercial developers can easily take into account the saving from solar energy in their ROI calculation by measuring the amount of sunlight a building can get throughout the year. For this reason, all eyes are on Real Estate. An industry who’s daily focus is the physical world and how to shape it for the future. We believe that this is where the next leap of innovations will happen and are excited to be part of it.

The Mirror World in the future

All of this is just the beginning. The entire market concerned with what are called, spatial intelligence platforms (Counterpoint Research), will implode and it certainly is just a matter of time. We’re extremely excited to call this space our home and can’t wait for you to see what comes next.

For more about what we do, check out our website for updates, developments and ways to get in touch with us!

Nomoko sets up in Madrid

Back to all articles