Behind the scenes with the Nomoko drone team

Our drone team spends its days capturing the images we use to create our 3D models and Digital Twins of locations in Switzerland.

Building Digital Twins from the ground up is a complex process that involves many different expert teams each applying their knowledge and skills at the relevant stage to create these virtual replicas of the real world.

The starting point for every Digital Twin is data and image capture – shooting ultra accurate footage of the world both from above and at street level. For that, Nomoko turns to its in-house drone capture team, which we also refer to our UAV, or unmanned aerial vehicle, team.

“I look after the logistics and permissions to determine the feasibility for each capture we do. Once we’ve received the details of the location this means first checking we’re allowed to fly there – alongside our own capture calendar we also capture on demand for customers who want to create 3D models of specific places. When that’s sorted, I’ll look at what permissions we need to get and from where, be it the police, local municipality, etc.”

With the logistics and permission all in place, Juan starts to put together the plan for the operation along with Mario Sanchez, our UAV remote pilot.

“I work with Juan when planning the actual capture and get started by checking all the possible hazards around the flight area – this can be anything from airports and heliports to hospitals (which often have heliports) and tall buildings, as well as lakes, roads, power lines etc. With hazards noted we look for the best place to launch the drone from and then contact the relevant land owner to get their approval to launch and land there. Lastly, we’ll email the relevant police and authorities informing them about our flight, the date and timings, who is responsible along with our contact details and await confirmation of their permission before we begin.”

With all the possible pre-flight information checked and ready, the team designs the optimum flight path for the capture. As part of this we use ground control points (or GCPs as they’re known) to increase our absolute georeferencing accuracy – each GCP has a marked geographic location and is visible in the images the drone takes so we can use them to enhance the positioning and accuracy of our final outputs: the orthophotos and 3D models. 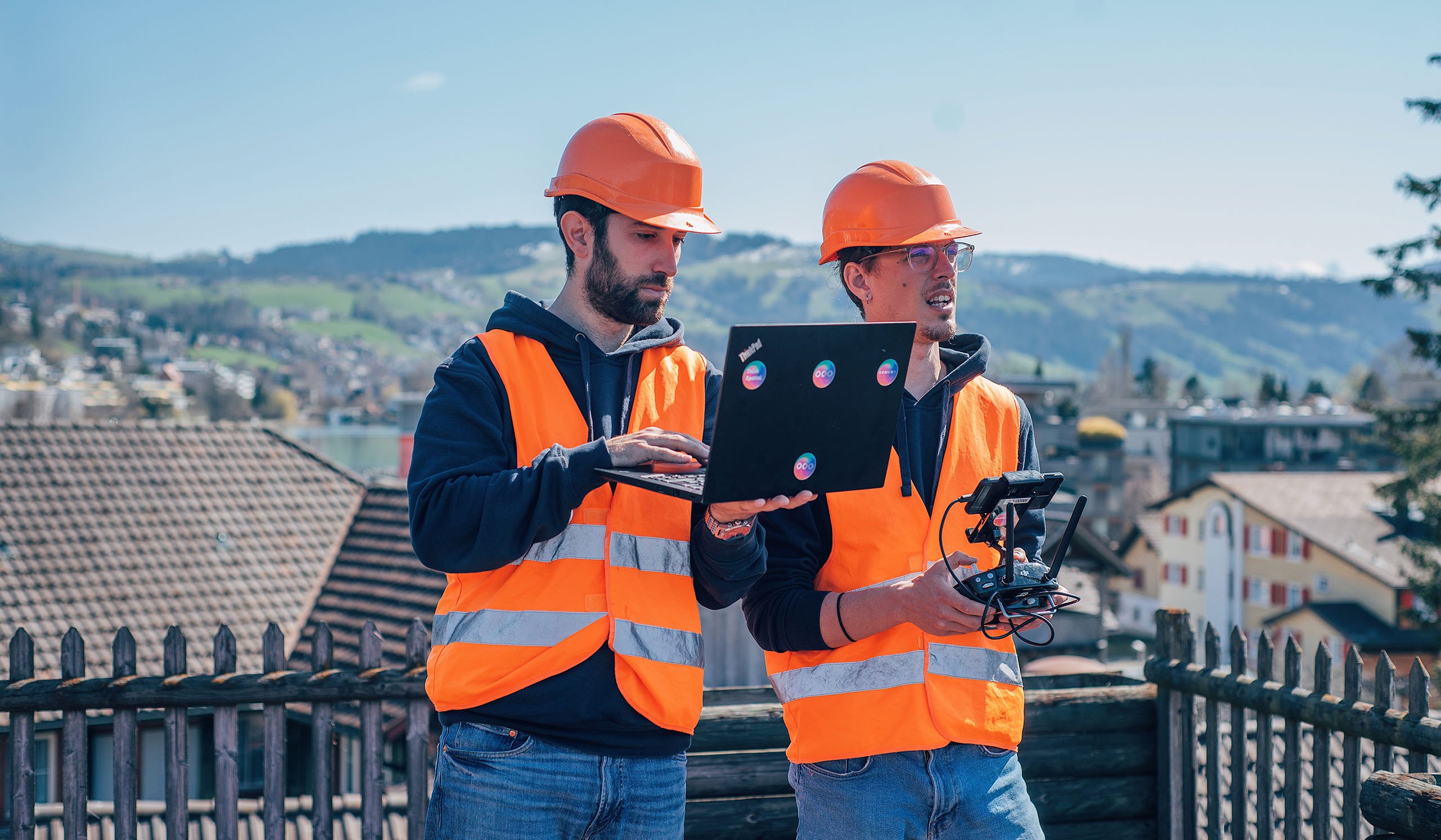 Juan (left) and Mario take off on another drone flight for Nomoko.

Mario: “I’m responsible for the maintenance and readiness of our drones and, in fact, all the equipment we use to capture. Alongside general care, that means making sure everything is in good working order the day before the flight.”

Juan: “With everything ready and weather allowing, we’ll head to the location, launch the drone and carry out the capture according to the flight plan. As we capture in defined scalable grids, it usually takes only a few hours to complete the flight depending on the size of the area and what unforeseen challenges we may have to overcome.”

“The starting point for every Digital Twin is data and image capture. For that, Nomoko turns to its in-house drone capture team.”

With the capture complete, the team returns to Nomoko HQ in Zürich to download all the image data and logs from the system and upload them to our servers, ready to enter the pipeline process we've created for transforming our 2D imagery into 3D models and from there into Digital Twins.

If this sounds like the kind of role you might like to turn into a career, Nomoko can help! We’re currently looking for an eager and excited drone pilot and a drone capture and 3D processing intern to join our drone team. If you’re interested not only in improving your UAV skills to capture landscapes across Switzerland but also in how you can use the data you capture to build ultra-accurate 3D models, you can apply now

Why did you want to become drone pilots?

Juan: “I became a drone pilot because I believe this new technology could represent a breakthrough in how we face and solve many current problems in the world. Suddenly, we have a technology that’s opening up this third dimension to anyone where previously it was very expensive and complex to use.” 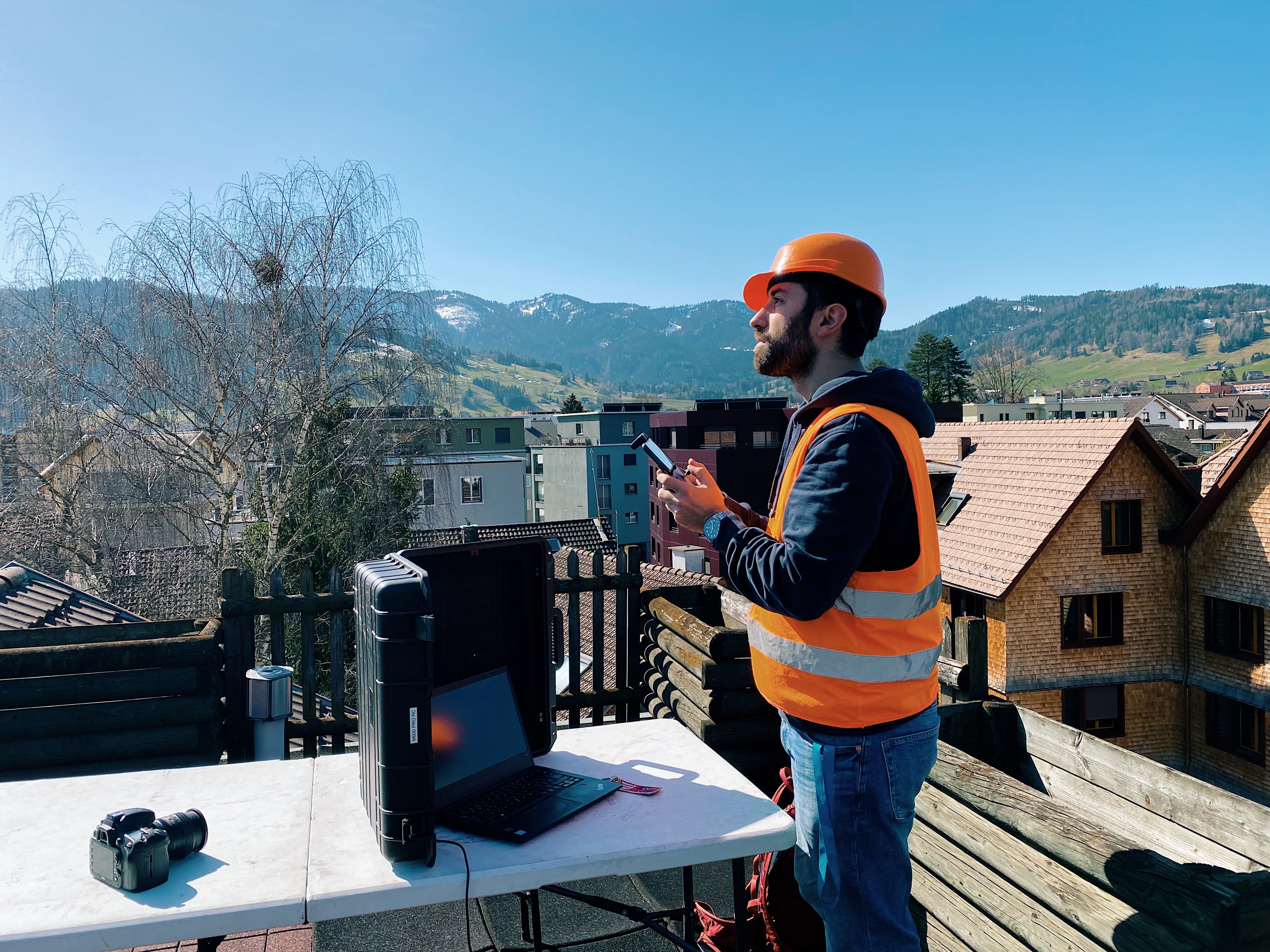 Juan believes drone technology can help solve many of the world’s problems.

Mario: “In 2014, my father showed me a newspaper story from Barcelona about a team of firefighters using a drone to look at a gondola that had broken down mid air with passengers still inside it. “This is the future,” my father said of the technology that was very new at the time and I remember being intrigued but sceptical because I’d never done it myself.

“After a little Googling I found a drone pilot course online, which I joined, loved and completed. So next I bought a drone to build myself, took a drone pilot role in 2015 and since then have travelled the world flying drones for engineering, AV and agriculture companies, trained drone pilots across categories and been a full time professional drone pilot and UAV technician. In 2017 I was even ranked in the top ten drone pilots in the world!”

What advice would you give to aspiring drone pilots?

Juan: “It can be difficult getting a job purely as a drone pilot or operator so I would recommend you study a subject or join an industry where drone piloting can bring value to it, whether that’s something obvious like becoming a general camera operator or targeting something more specific like architecture or agriculture. Once you’re established in the industry, you can look to steer yourself towards getting involved in the drone side of it whatever that may be.”

Mario: “For me the most important thing is to really, really know how to fly a drone. I’m talking at a fundamental level without all the modern safety measures in place designed to help those less experienced fly successfully. So this means try to build your own drone, fly it, crash it and then try again. Learn how to become a true pilot so that when you fly for work you’re relaxed, confident and sure of your skills. Problems and challenges when you’re flying are inevitable and knowing your drone inside and out – not only how to fly it but also how it works – makes you a more complete and independent pilot." 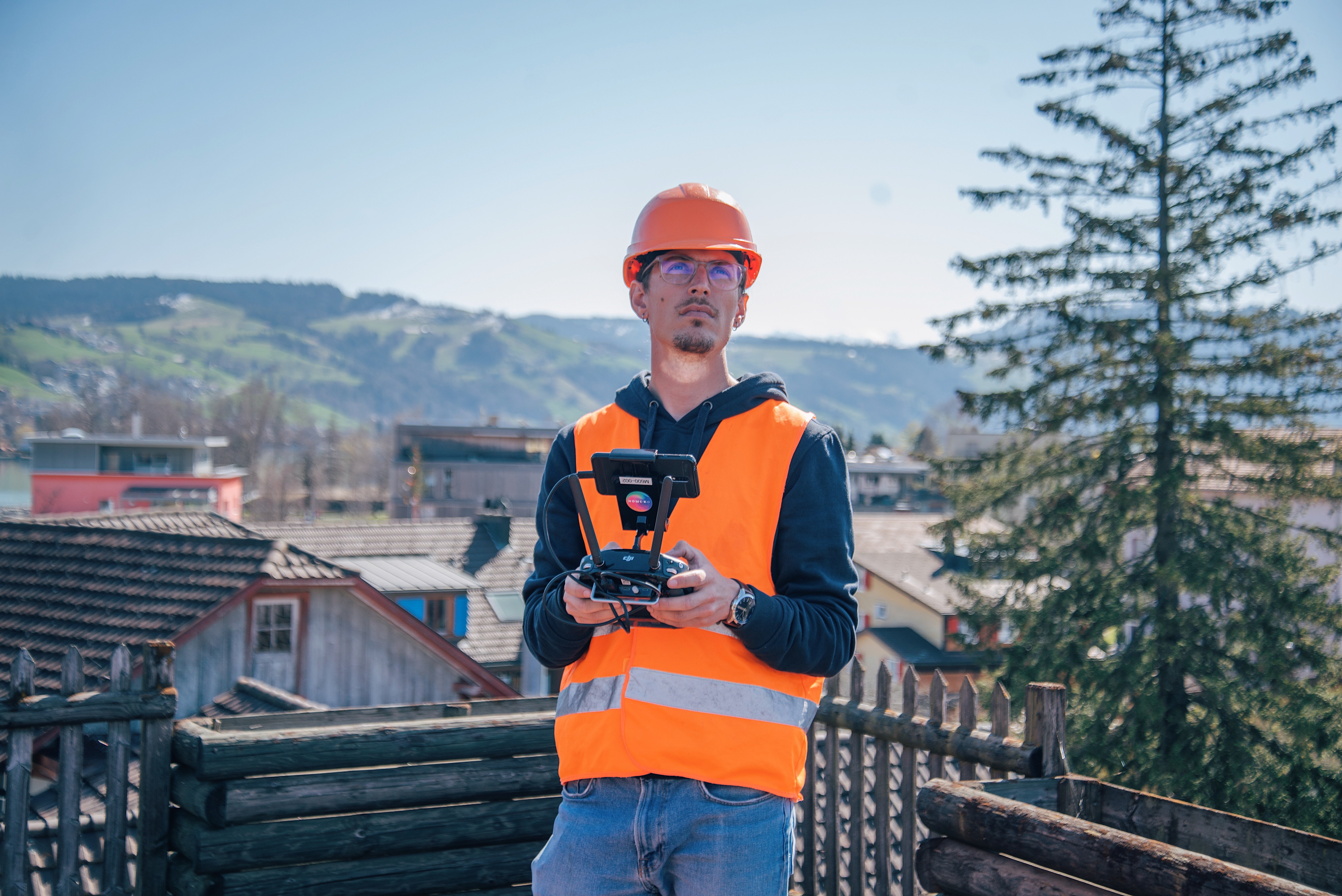 Mario is one of the best drone pilots in the world, putting his skills to good use for Nomoko in often challenging locations.

There are several industries where drone pilots are in demand, and so are worth exploring, from the TV and film industry to inspections, thermal imaging and real estate photography. But mapping and modeling in particular is burgeoning as more professionals recognize the value they can bring. And Nomoko is leading the way in its use and application of drone data to build 3D models, create orthophotos and video renders and deliver valuable outputs for customers in almost any industry.

What are some of the common problems and concerns around drone use?

Mario: “Probably the biggest challenge we face is flying over populated areas where people aren’t expecting to see a drone, which is very different to flying over controlled areas like film sets – especially when you’re flying what’s called VLOS with visual line of sight to the drone. But we keep calm, remain focused and most importantly, have faith and trust in our colleagues and our equipment.”

Juan: “And so far we’ve flown more than 1,200 drone captures over populated areas without any incidents so we must be doing it right!”

The two main areas we get asked about regarding our drone use are noise and privacy. We understand that people don’t like the sound drones make (we’re not big fans ourselves!) which is why we only fly at times it’s least likely to have an impact – so we never fly early in the morning or late at night and will stop around lunch time so we don’t disrupt meals.

“Challenges when you’re flying are inevitable and knowing your drone inside and out makes you a more complete and independent pilot.”

Concerns around privacy are also completely understandable. Typically we fly our drones at an altitude of around 100 meters so faces, people and vehicle license plates aren't recognizable in the footage we capture, meaning no one can use them to identify people. And because we always alert the police to our capture in advance, anyone calling them to find out why the drone is there will get a clear answer that should resolve any concerns they might have. Nomoko also has an FAQ page that answers the most common questions about drone use.

As drones become more accessible to more businesses and the value they can deliver grows, we’re only going to see more of them in our skies. Their application will be wide ranging, from quick delivery tools for the retail behemoths to eyes in the sky for security services and many things in between.

Alert to this and the potential concerns it could cause, new technology is also on the horizon that will soon allow anyone to track any drones flying near them and see which company they’re from directly via their smartphone. This should help alleviate some privacy concerns and create greater accountability for anyone not adhering to safety and privacy guidelines.

Looking ahead, Nomoko has already begun catering to future standards and requirements to ensure the long term feasibility of our mapping and modeling. The EU brought in new legislation in January 2021 to change the way people and businesses operate drones for the better, affecting not only the drone hardware but also the processes and protocols around how we operate them. A fundamental part of this legislation is SORA, Specific Operations Risk Assessment, a risk methodology we’ve already started integrating and implementing into our own protocols to make sure we’re aligned with the new regulations and will be allowed to fly in urban areas in Switzerland and other EU countries.

If you’d like to speak to Juan and Mario, our drone dream team, or have any questions about how we use drones to create our Digital Twins, just get in touch and take a look at our 3D modeling process.

Behind the scenes with the Nomoko operations team

Back to all articles